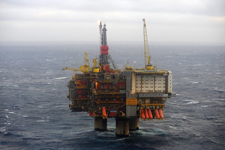 The Statfjord A platform was brought on stream on 24 November 1979.
(Photo: Marit Hommedal)

“Today we operate a field where 65% of the total output is gas. A whole new era in Statfjord’s history has begun.”

Through the Statfjord late life project, Statoil has made massive alterations and investments in recent years to prepare the three Statfjord platforms for production of gas and oil with lower pressure. 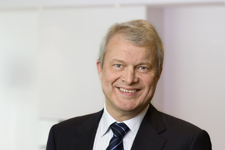 Reducing the pressure causes the gas to bubble out of the remaining oil volumes. This process has now started in the reservoirs 2.5 kilometres below the Statfjord platforms.

“Statfjord has been an important pioneer and building block in the development of Statoil and of Norway as an oil nation,” says Michelsen.

“Thirty years after production start-up Statfjord remains a pioneer. This is the first big field we are converting from oil to gas production. The experience we gain from Statfjord will be crucial when other oil giants like Oseberg and Gullfaks undergo similar changes.”

The Statfjord late life project increases the recovery rate from the Statfjord field to 66% for oil and 71% for gas.

“Statfjord is one of the biggest producing fields on the Norwegian continental shelf (NCS). In the space of 30 years we have produced four billion barrels of oil equivalent. That is double the estimation in the original development plans. In addition we have the output from the subsea satellites.

The total value creation from Statfjord is now worth as much as NOK 1,200 billion. This is equivalent to half of the assets in the Norwegian Government Pension Fund.