This sidetrack appraisal well, which is located in Mississippi Canyon block 940, is more than one mile from the 2009 Vito discovery well. Statoil holds a 25% working interest in the block. 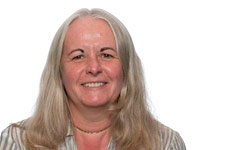 Helen Butcher, Statoil’s exploration manager for the US Gulf of Mexico.

“The Vito oil discovery is located in an area of good reservoir development within the Miocene play. In addition to our participation in other large discoveries in this play, Statoil plans to test several new Miocene exploration opportunities through its current operated drilling campaign,” says Helen Butcher, head of Gulf of Mexico Exploration.

Another sidetrack appraisal well is planned for 2010 to further delineate the discovery.

Statoil is a world leading offshore oil and gas company with a sizeable business in the US Gulf of Mexico. Statoil currently produces from nine fields.