Statoil and safety on the Norwegian shelf 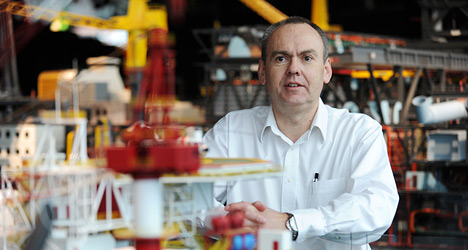 "This report is important for us. It shows where we succeed and what challenges we still face in the industry. We will study it carefully and use it as a tool for improvement," says Arild Haugland, vice president for health, safety and environment in Statoil.

There have been too many gas leaks and well incidents on the shelf during the past year. Statoil has had 12 of a total of 14 gas leaks and seven of 28 well incidents included in the PSA's 2010 RNNP report. This shows that Statoil still has a ways to go before reaching the company's goals.

"All gas leaks can have an accident potential. Therefore, we take it seriously every time gas goes astray. Preventing and reducing the number of gas leaks is therefore a key priority for Statoil in the future. We are working with the rest of the industry to improve in this area," says Haugland.

Statoil does not follow the general industry trend on the Norwegian shelf regarding the number of well control incidents. In recent years, the number of Statoil well incidents has shown a slight positive trend.

Well control is an important commitment area in Statoil. Therefore, in 2011, the company has established a dedicated sector that works exclusively on well integrity and well control. In addition, measures are being taken to enhance the expertise of Statoil’s operative personnel – which the company strongly believes will yield results in the years ahead.

Over a ten-year perspective, Statoil and the industry have registered annual safety improvements on shelf installations. The number of gas leaks annually on the shelf, for example, has declined from 40 to the current 14 over the last decade. From 2009 to 2010, the personal injury frequency in the Statoil group reduced by more than a third. The RNNP report shows that it is now safer to go to work in the oil industry, and that the number of personal injuries in the industry has declined.

Helicopter incidents have also declined considerably in recent years. It is essential for the oil and gas industry that helicopter traffic takes place as safely as possible, and the report shows that proactive helicopter safety work over time can make a difference.

"The fact that employees in the Norwegian oil industry have a safer workplace today than ten years ago is beyond doubt. The report shows that the industry – in good cooperation with the supervisory authorities, employee representatives and safety delegates – has achieved important results from long-term and systematic work on health, safety and the environment. In recent years, however, we see that the number of incidents is levelling out and that the level is stable regarding gas leaks. Neither the PSA nor Statoil is satisfied with this," says Haugland.

The Norwegian Oil Industry Association (OLF) is now leading important work to further reduce gas leaks and to make it easier to share knowledge and experiences regarding incidents between companies both nationally and internationally.

Preventing leaks – when they happen – from having serious consequences is just as important as prevention itself. Monitoring systems that make it possible to identify a leak early, good routines for personnel evacuation, controlling ignition sources, ventilation, fire extinguishing systems, pressure control systems and good shutdown opportunities are all examples of measures that may prevent serious consequences.

"Because these systems and routines have worked, and because people are well trained in handling serious incidents, none of the gas leaks have developed into serious accidents even though the accident potential has been present in certain incidents," says Haugland.