Increases ownership in the Snøhvit Unit

Additionally, a 3.26% participation interest in PL110B, PL110C, PL448 and PL488 is part of the agreement. The effective date of the transaction is 1. January 2011 and the consideration to be paid by Statoil is a post-tax amount of NOK 1.0 billion. The agreement is subject to relevant Government approvals. Statoil’s owner-share in Snøhvit will post transaction be 36.79%. 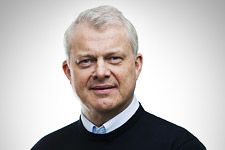 “Snøhvit is a long-term field with substantial remaining resources located in an area that has been revitalised through recent discoveries and the delineation agreement between Russia and Norway”, says executive vice president for Development and Production Norway,” Øystein Michelsen.

Increasing the owner share in the Snøhvit Unit strengthens Statoil’s position in a core asset which is a focal point in the Barents gas value chain and in the company’s ambitions in the Barents region in general. Snøhvit is currently the only facility in the area and will be crucial in enabling gas export solutions for other discoveries.

“This acquisition is a new step in building our position in the Barents Sea, an area that is expected to be of significant importance to Statoil in the future. Snøhvit is a large field that will yield production, activity and value creation for at least 30-40 years,” says Michelsen.

The acquisition is in line with Statoil’s renewed strategy where active portfolio management is highlighted as a core measure to enhance value creation.

“The Norwegian continental shelf (NCS) has during 2011 proved to be one of the most prospective oil and gas regions globally as a result of major discoveries such as Skrugard in the Barents Sea and the giant North Sea discovery Aldous/Avaldsnes. But we also strongly believe that the NCS holds many inorganic growth opportunities through acquisitions, divestments and swaps of existing fields,” says Michelsen.