Lifetime extended several times – but it’s all over now

The production and storage vessel Petrojarl 1 at the Glitne field in The North Sea. (Photo: Øyvind Hagen)

Glitne is the story of how important various measures are for extending the lifetime of a field several times over.

According to the plan for development and operation (PDO) in 2001, the expected lifetime was up to three years.

Process and well measures, and the drilling of new wells, are all part of the success story that have made Glitne a fantastic example of extended lifetime and improved oil recovery (IOR).

Now that the decision to close has been taken, we are witnessing the conclusion of an IOR saga that few could have foreseen twelve years ago.

Total production has amounted to 55 million barrels, which is more than double the original estimate. 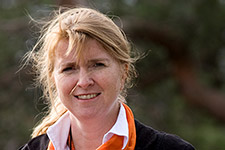 The decision to close has now been taken and Teekay have received notice of termination of the Petrojarl1 contract. The notice period is six months and there will therefore be full activity during this period.

"As the field's lifetime draws to a close, we are certain that all possible means of recovering its resources have been tried. We are highly satisfied with the efforts made to recover the last remaining drops of oil on this field. Meanwhile it is important that we now set about winding down the field in a sound and professional manner," says senior vice president for operations North Sea west, Jannicke Nilsson.

When a PDO is submitted it must also include plans for the closure of the field. This is now taking place on Glitne. A total of seven wells are to be plugged and the field closed.

There is currently much activity in Statoil, and a great need for operational personnel, so the Glitne employees will get exciting new tasks on other fields.