The main objective of the investigation is to provide the company with a basis for making further improvements to its security, risk assessment and emergency preparedness.

The board of directors of Statoil has asked former head of the Norwegian Intelligence Service, retired Lieutenant General Torgeir Hagen, to head the investigation. Hagen has accepted the appointment.

"Many people from different countries became victims of brutal international terrorism at In Amenas. In Statoil we lost five of our cherished employees. The terrorists, and no one else, are responsible for the attack. They stand guilty of causing all the anguish and suffering. Our responsibility is to learn and do what we can to further strengthen the safety of our employees for the future," says Statoil board chairman Svein Rennemo. 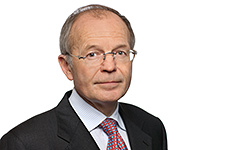 "We will investigate to determine the chain of events before, during and after the terrorist attack in order to learn and further improve within the areas of security and emergency preparedness. It has been important for us to obtain external expertise on terrorism and security that will contribute to this work. In addition we will utilise the investigation expertise found in the company," Rennemo adds.

The board of directors has appointed an investigation team to clarify and evaluate the facts related to the terror attack, including:

The investigation team will deliver its final report to the board of directors by 15 September 2013. The report will be made public. The investigation will, with some required adaptions, be conducted in accordance with Statoil's governing documentation for investigation of HSE accidents.

In parallel with the investigation, the board of directors has instructed Statoil's corporate audit unit to review and assess the company's overall processes and systems related to security and emergency preparedness. The purpose of the internal audit is to give the board of directors a wider basis from which to consider learning, actions and plans within the areas of security and emergency preparedness following the conclusion of the investigation.

The board of directors has appointed the following members of the investigation team:

To support the investigation team, and as a resource for the board of directors, Statoil has also set up an advisory expert group consisting of the following members:

John Hamre, Ph.D
Hamre was deputy defence minister in the US from 1997 until 2000. Today he is president of the Center for Strategic and International Studies (CSIS).

John E. McLaughlin
McLaughlin is a former acting director of the CIA. Today he is professor at the School of Advanced International Studies at Johns Hopkins University.

Thorstein Skiaker
Skiaker is a retired Lieutenant General and former head of the Norwegian Military's Joint Headquarters, NATO's headquarters in Norway and KFOR in Kosovo.

Thomas Hegghammer
Hegghammer is a director/scientist on terrorism at the Norwegian Defence Research Establishment. He is currently at the Center for International Security and Cooperation at Stanford University.

Wolfram Lacher
Lacher is a researcher at the German Institute for International and Security Affairs (Stiftung Wissenschaft und Politik) in Berlin and an expert on Libya, Algeria and security dynamics in the Sahel and Sahara region.

To secure that the company's institutional knowledge and experience is made available for the investigation team, the board has established a resource group comprising representatives of Statoil management and the employees' organisations: