In 2011-2012 Statoil made a breakthrough in the Barents Sea with two high impact oil discoveries Skrugard and Havis, proving a total of 400-600 million barrels of recoverable oil.

Skrugard and Havis opened a new petroleum province in the Barents Sea and created a basis for the Johan Castberg field development project. 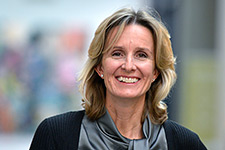 In 2013 Statoil launched a targeted exploration campaign around the Johan Castberg field in order to clarify additional oil potential in the area and make the development project more robust. The exploration campaign comprises five prospects, and Kramsnø was the fourth of those.

«We are approaching the end of the current drilling program around the Johan Castberg field. Unfortunately, out of the four wells drilled to date only one has resulted in an oil discovery. The last prospect we will test in this exploration campaign is Drivis, and we will commence drilling operations right after the completion of Kramsnø,” says Irene Rummelhoff, senior vice president exploration Norway.

Rummelhoff explains that the Johan Castberg area has a diverse range of potential prospects. The exploration campaign has been designed to embrace this diversity and get the best possible understanding of the total resource base in the area. 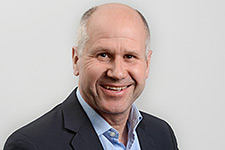 The prospects selected for the campaign test different play models in varied geological settings and are independent of each other. They were also large enough to have an impact on the development solution.

“The exploration campaign is serving its purpose of maximising our knowledge of the area, but has not provided the additional resources we hoped for. This makes it even more important to improve the development concept and reduce investments,” says Erik Strand Tellefsen, vice president field development northern Norway.

Statoil is operator for production licence PL532 with an ownership share of 50%. The licence partners are Eni Norge AS (30%) and Petoro AS (20%).

For further details on the results of exploration well 7220/4-1 in the Kramsnø prospect, please see the press release issued by the Norwegian Petroleum Directorate (NPD) >>