The contract calls for CHC to operate two Sikorsky S-92 aircraft on behalf of Statoil. The helicopters will fly from Aberdeen or Sumburgh on the Shetland Isles to the Statoil-operated Mariner field, 250 kilometres off the north-eastern coast of Scotland.

The contract has a duration of five years, plus an extension option for up to three years. The service is anticipated to begin in mid-2016. 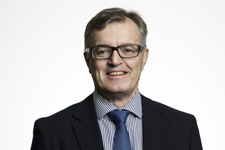 “We are pleased to have entered into this contract, meeting our needs for safe and efficient transportation to the Mariner field, our first operated field development on the UK continental shelf (UKCS),” said Gunnar Breivik, managing director of Statoil Production UK and head of the Aberdeen office.

“We will have substantial offshore activity as the Mariner project enters the hook-up and commissioning phase in 2016 and production starts in 2017. We are also pleased with the flexibility in the contract, including options for servicing our exploration activity and possible expansion on the UKCS,” Breivik noted.

CHC Helicopter’s regional director, Mark Abbey, said the award recognises the safe and reliable service that CHC has provided to Statoil over a number of years, from a number of locations around the world.

“We’re proud to partner with Statoil as they start up operations in the UK sector. Our pilots, engineers and support teams will be using their extensive experience of the North Sea environment to help Statoil to go further, do more in the Mariner field, and come home safely.”

Mariner is the largest field development on the UKCS in more than a decade with a gross investment of more that USD 7 billion. The field is located on the East Shetland Platform of the UK North Sea. The development of the Mariner field will contribute more than 250 million barrels of oil equivalent with an average plateau production of around 55,000 barrels per day. Production is expected to commence in 2017. The field will provide a long term cash-flow over a 30-year field life.

---
For more information about Statoil’s activity in the UK, please see www.statoil.com/uk