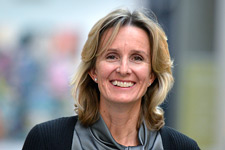 The Snefrid Nord discovery is located in the deep-water Vøring area in the immediate proximity of the three gas discoveries comprising the Aasta Hansteen field development: Luva, Haklang and Snefrid South.

The discovery well 6706/12-2, drilled by Transocean Spitsbergen, proved a 105-metre gas column in the Nise Formation. Statoil estimates the volumes in Snefrid Nord to be in the range of 31-57 million barrels of recoverable oil equivalent (o.e.).

Statoil is drilling two exploration wells in the vicinity of Aasta Hansteen in 2015, with the aim of proving upside potential in the area. After completing Snefrid Nord, Transocean Spitsbergen will move to the neighbouring licence PL602 and drill an exploration well in the Roald Rygg prospect.

“Near-field exploration is the main focus of our Norwegian continental shelf exploration programme in 2015. By proving additional timely resources, we extend the production life of our fields and create significant value,” explains Rummelhoff. 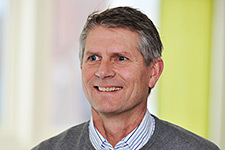 Aasta Hansteen will be the largest SPAR platform in the world and is the biggest ongoing field development project in the Norwegian Sea. It is one of the main projects in Statoil’s portfolio. The plan for development and operations (PDO) was approved by the Norwegian Ministry of Petroleum and Energy in 2013. Production start-up is expected in 2017.

“The discovery will now be further evaluated for future tie-in to the Aasta Hansteen infrastructure.”

For further details on the results of exploration wells 6706/12-2, please see the press release issued by the Norwegian Petroleum Directorate >>