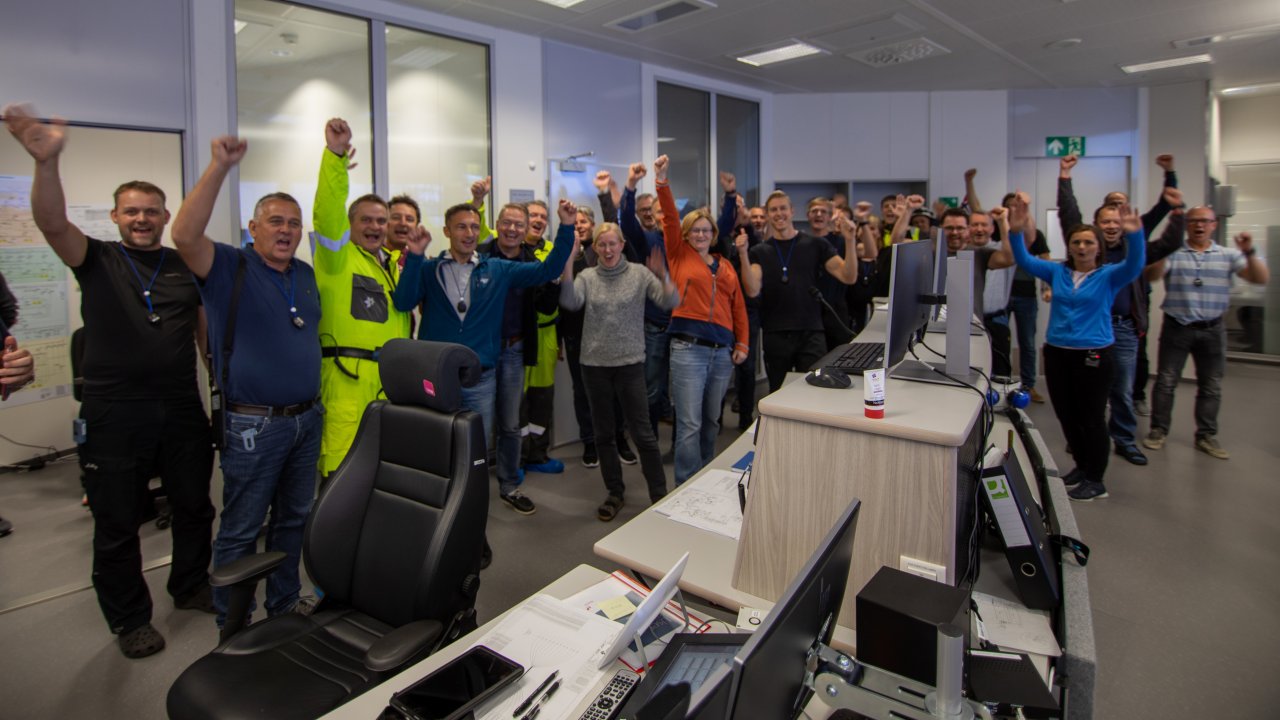 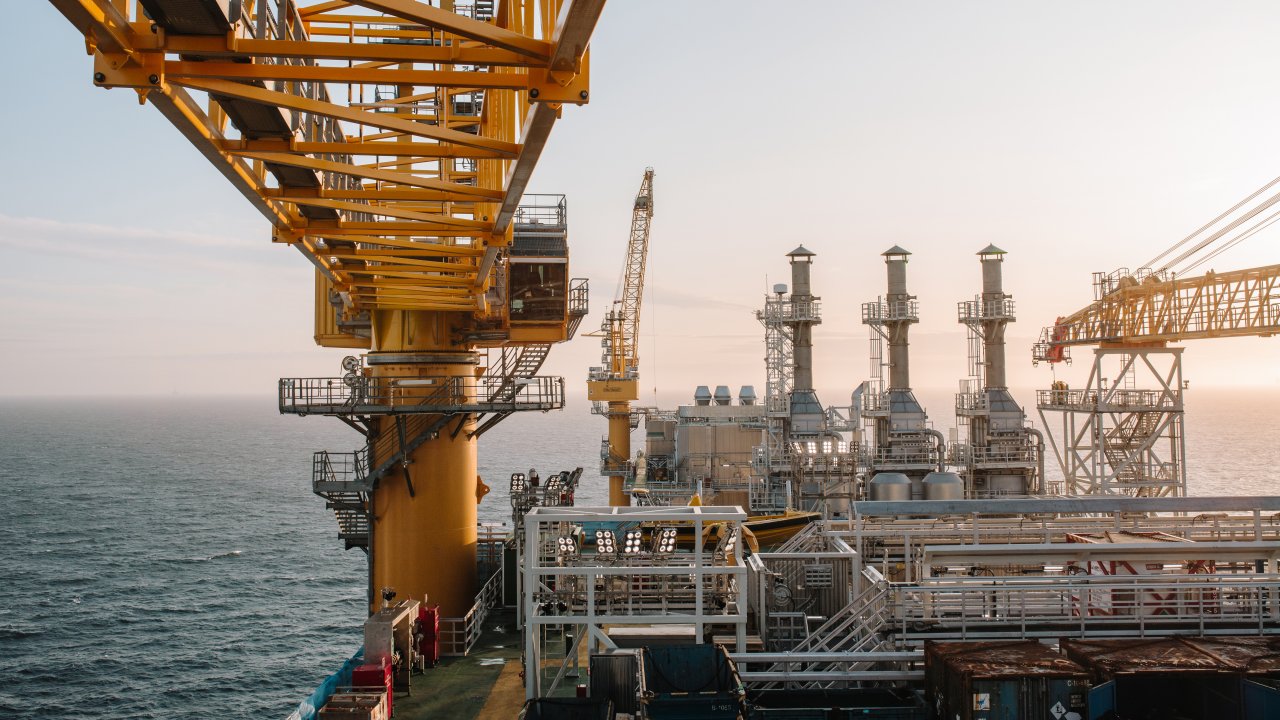 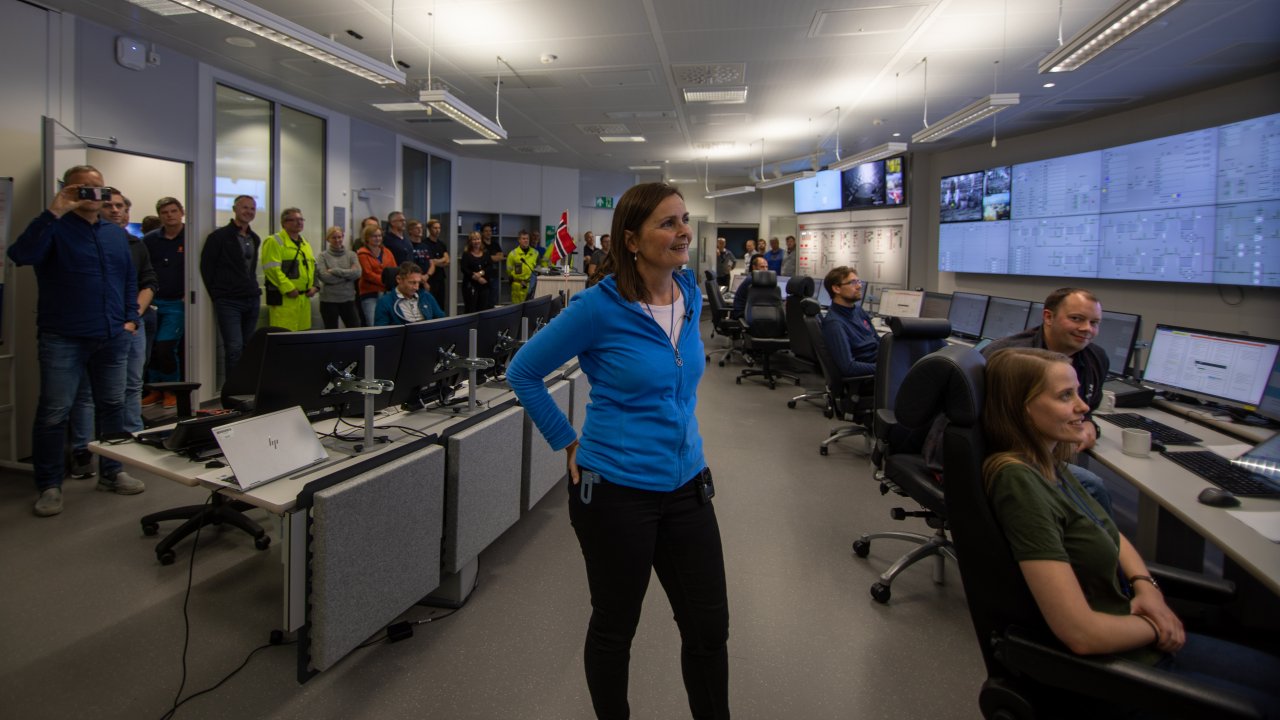 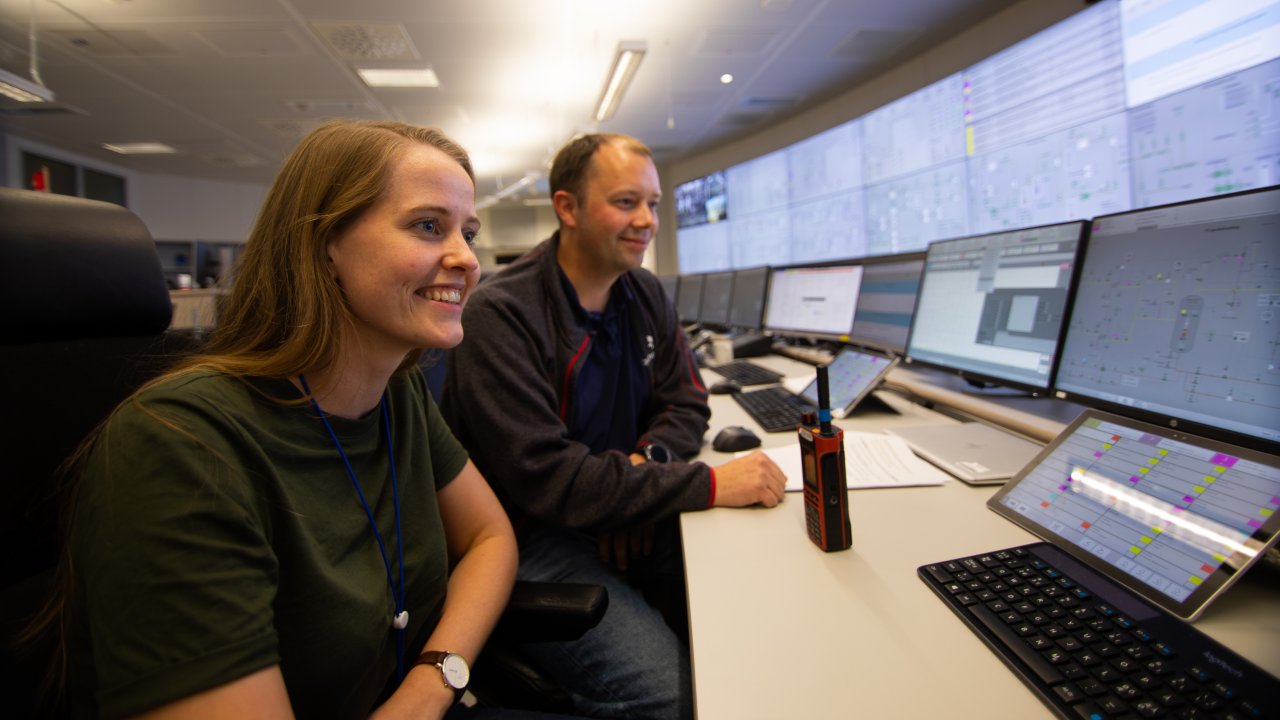 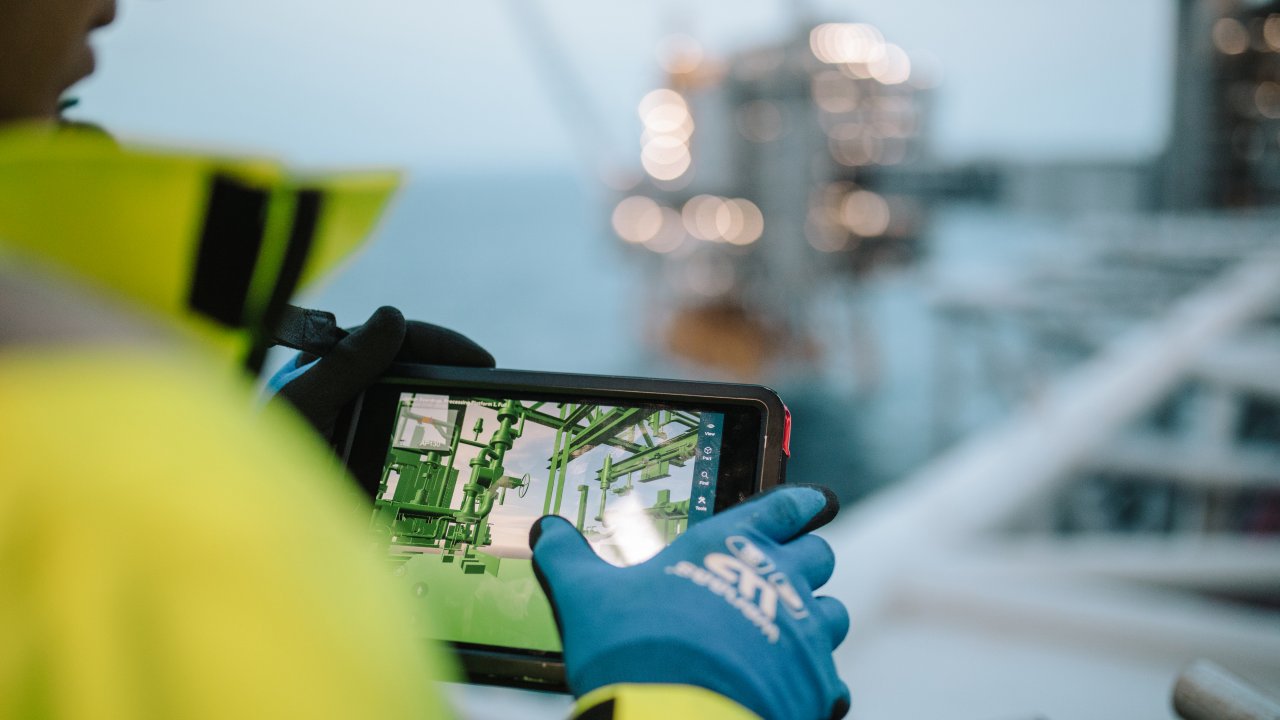 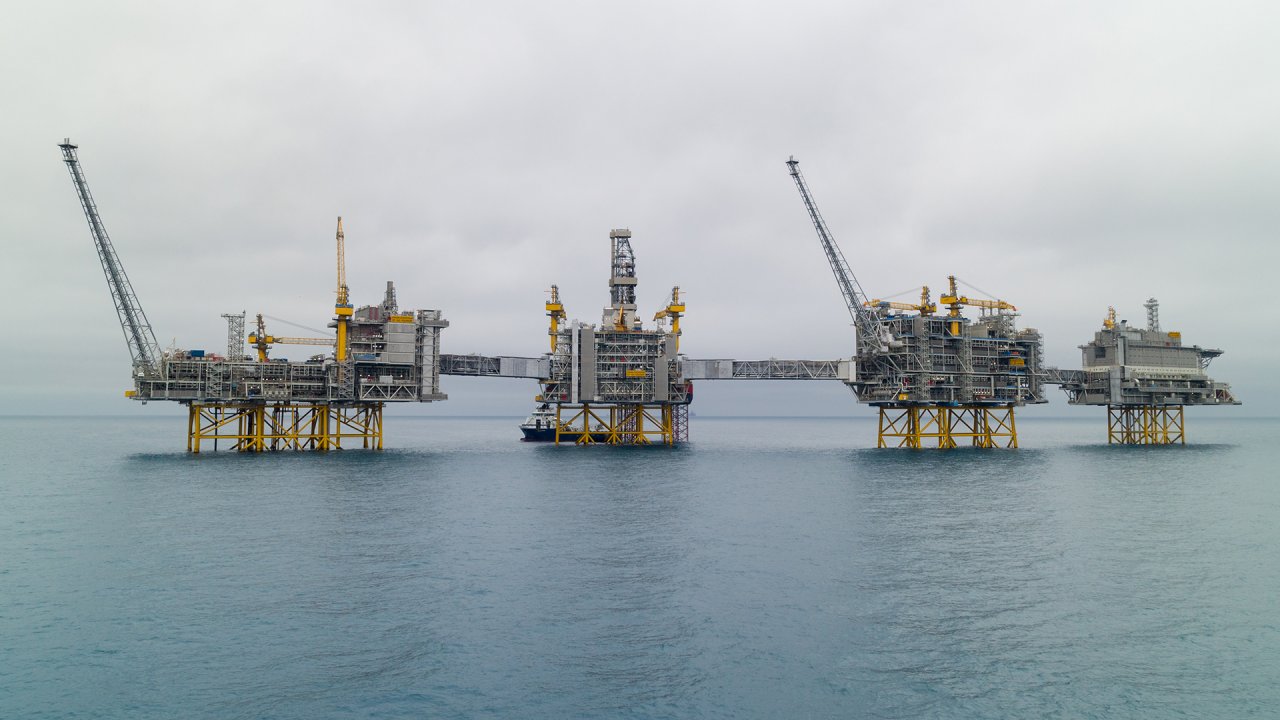 On 5 October Equinor and the Johan Sverdrup partnership consisting of Lundin Norway, Petoro, Aker BP and Total, started production from the giant field in the North Sea, more than two months ahead of and NOK 40 billion below the original estimates in the Plan for development and operation.

“Johan Sverdrup coming on stream is a momentous occasion for Equinor, our partners and suppliers. At peak, this field will account for around one third of all oil production in Norway and deliver very valuable barrels with record low emissions. Johan Sverdrup is expected to generate income from production of more than NOK 1400 billion of which more than NOK 900 billion to the Norwegian state and society,” says Eldar Sætre, president and CEO of Equinor.

Johan Sverdrup has expected recoverable reserves of 2.7 billion barrels of oil equivalent and the full field can produce up to 660,000 barrels of oil per day at peak. Powered with electricity from shore, the field has record-low CO2 emissions of well-below 1 kg per barrel.

The break-even price for the full-field development is less than USD 20 per barrel. After reaching plateau for the first phase, anticipated during the summer of 2020, expected operating costs are below USD 2 per barrel. The operator also expects cash flow from operations of around USD 50 per barrel in 2020, based on a real oil price of USD 70 per barrel, partly as a result of the phasing of tax payments in the ramp-up phase.

High quality in execution, new technology and digitalization
“Starting production months ahead of schedule helps realize additional value from the field and is fitting for a project that over the development phase has redefined excellence in project execution,” says Anders Opedal, executive vice president for Technology, projects & drilling in Equinor.

The Plan for development and operation (PDO) for Johan Sverdrup phase 1 set an ambition for production start-up in late December 2019. Since the PDO was approved in August 2015, investment costs for the first phase of the development have been reduced by NOK 40 billion to now NOK 83 billion (nominal NOK, fixed exchange rate).

“Close cooperation with our partners and suppliers has contributed to high quality in the execution phase, and has been a key part of the improvement story. And we’ve also made courageous decisions with new technology and digitalization that we’re benefiting from today.”

“The qualification of new installations technology has reduced safety risk, saved more than two million offshore hours and shaved months of the development schedule. We have also invested in digital solutions and ways of working to boost oil recovery, optimize production and improve field operations, and these new ways of working have already saved at least one month in the execution stage,” says Opedal.
(The article continues below)

The largest development in Norway for three decades
Sanctioning of Johan Sverdrup in 2015 led the way to the largest development on the NCS since the 1980s. The first phase of the development has taken above 70 million manhours, and more than 12.000 people worldwide worked every day during the main construction period 2016-2018.

“Johan Sverdrup is a giant development, built across nearly 30 construction sites in Norway and globally, and the field centre assembled in the North Sea counts as one of the largest on the NCS. Sanctioned right at the beginning of the downturn in the oil and gas industry, it helped ensure activity for tens of thousands of people, especially in Norway, at a critical time for many,” says Opedal.

More than 70 percent of the contracts were awarded to suppliers in Norway, in strong international competition. The consultancy Agenda Kaupang has estimated that the Johan Sverdrup development can contribute more than 150,000 man-years in Norway during the construction phase between 2015-2025.

Activity and ripple effects on the NCS for decades to come
In the operations phase expected to last more than 50 years, Johan Sverdrup may also generate employment of more than 3,400 man-years on average every year.

“The field will be operated from Equinor’s offices in Stavanger, whereas base and helicopter services will be delivered from Dusavika and Sola. The oil transported from the field will also sustain activity at the Mongstad terminal outside of Bergen, and the gas will be exported to Kårstø,” says Arne Sigve Nylund, executive vice president for Development & production Norway. “The importance of this field for both the national and regional economies in Norway cannot be overstated.”

“In the same year that Norway celebrates 50 years since the Ekofisk discovery in 1969, which started the oil and gas adventure in Norway, the start-up of Johan Sverdrup lays the foundations for another 50 years of industrial activity and value-creation on the NCS”, says Nylund.

The Johan Sverdrup field is developed in two phases. Phase II of the development was approved by Norwegian authorities in May 2019 with production start-up expected in Q4 2022.