Giving climate advice to the UN

Chief executive Helge Lund has been appointed member of the expert panel who will be advising the UN Secretary-General Ban Ki-Moon on energy related issues in connection with the climate conference in Copenhagen in December (COP15).

StatoilHydro is the only oil and gas company represented on the panel, which consists of more than 20 industry executives and experts from various countries. The experts will also evaluate the results of the Copenhagen conference and recommend actions and implementation.

"It is inspiring to have this opportunity to advise the UN Secretary-General on one of the biggest challenges of our time," says Helge Lund. “I see this as appreciation of our company and our effort related to the energy and climate challenges.”

Lund is interested in the industry’s role in connection with the climate issues, and the need for establishing predictable framework conditions that commit and stimulate technology development, energy efficiency and production of cleaner energy. 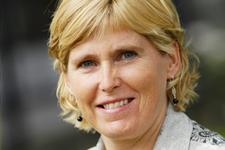 The speech about StatoilHydro’s experience in carbon capture and storage will be given by Trude Sundset, head of the company’s environment and climate unit.

“It is important to focus on both carbon capture and storage and renewable energy,” says Trude Sundset. “Energy efficiency and a transition from coal to natural gas are also important focus areas.”

The Secretary-General’s advisory group will have several meetings in preparation for the climate negotiations in Copenhagen. In September the group will attend the UN’s climate summit in New York.