Statoil increases its presence in Indonesia

The three production sharing contracts (PSC) will be operated by Niko Resources Ltd. 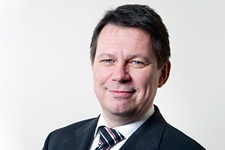 Given exploration success, Statoil has the option to become the operator in the development and production phases.

“This is an early access opportunity that adds significant additional acreage to our portfolio” says Pål Haremo, senior vice president for Exploration.

“Our focus is to support Statoil’s exploration strategy, by adding materiality to our existing portfolio in Indonesia and increasing Statoil’s acreage position in general,” he adds.

The agreement is effective from 1 January 2011, and is subject to governmental approval in Indonesia.

Statoil is already an operator in the Karama offshore PSC in Indonesia and partner in the neighbouring Kuma PSC in the Makassar Straits.

Exploration drilling is planned for both these licenses in 2011.