The decision to forward this proposal for the Corporate Assembly was made after a comprehensive review and evaluation by Statoil of relevant candidates as part of work to periodically assess the independent auditor consistent with corporate governance standards. 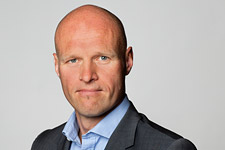 Ernst & Young is Statoil’s current independent auditor and has been the auditor for more than 20 years.

"Statoil has been very pleased with the services of Ernst & Young through more than two decades, including involvement in activities like the IPO in 2001, the implementation of the Sarbanes-Oxley Act and IFRS in 2006, the merger between Statoil and Norsk Hydro oil and gas in 2007, in addition to regular audit work. We thank them and look forward to continue working with Ernst & Young in other capacities,” says Statoil’s chief financial officer Torgrim Reitan.

Under Norwegian law, it is the Corporate Assembly that has the mandate to propose the independent auditor for the General Meetings decision. Statoil’s Annual General Meeting will be held on 15 May.