Statoil announced on February 17 that the partnership had encountered indications of natural gas in the Zafarani exploration well in the Block 2 licence offshore Tanzania.  The logging results now show that the discovery is a high impact discovery, so far proving up to 5 Tcf of gas in-place.

The well has encountered 120 metres of excellent quality reservoir with high porosity and high permeability.  The gas-water contact has not been established and drilling operations are on-going. 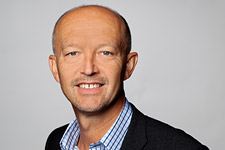 “This discovery is the first Statoil operated discovery in East Africa and an important event for the future development of the Tanzanian gas industry. It is also a demonstration of how Statoil’s exploration strategy of early access and high impact opportunities strongly supports the company’s ambition for international growth,” says Tim Dodson, executive vice president for Exploration in Statoil.

Earlier this week the partnership signed an addendum to the production sharing agreement for Block 2 which stipulates the commercial terms in case of a development of natural gas resources in the block with the Tanzanian authorities.

The Zafarani discovery is the fifth high impact discovery made by Statoil in the last 12 months, with the other discoveries being Skrugard and Havis in the Barents Sea, Johan Sverdrup (former Aldous/Avaldsnes) in the North Sea and Peregrino South in Brazil.

Statoil operates the licence on Block 2 on behalf of TPDC and has a 65% working interest with ExxonMobil Exploration and Production Tanzania Ltd. holding the remaining 35%. Statoil has been in Tanzania since 2007 when it was awarded the licence for Block 2. TPDC has the right to a 10% working interest in case of a development phase.

Zafarani is the first exploration well that has been drilled in the licence which covers an area of approximately 5,500 square kilometres. The water depth at the well location is 2,582 metres and the well itself will be drilled to reach an expected total depth of around 5,100 metres.

The drillship, Ocean Rig Poseidon, will after completing the drilling activities at Zafarani move to drill a second well in Block 2 on the Lavani prospect. 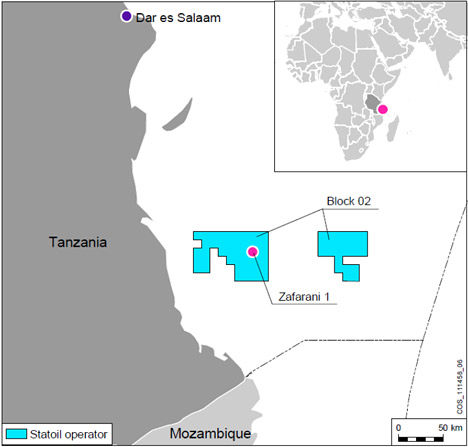