The leading global FPSO contractor BW Offshore will take over operation of the FPSO after a transition period of about six months.

The Peregrino FPSO project was initiated in 2007 and the conversion from a very large crude carrier (VLCC) to a complex offshore oil production installation required more than 15 million labour hours and an investment in excess of USD 1 billion. At present the vessel is operating in the Campos Basin 85 km off Rio de Janeiro, Brazil. The unit has a storage capacity of 1.6 million barrels of oil, and produced well over 15 million barrels during its first year of operation. 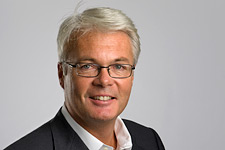 "Brazil plays an important part in Statoil's international growth strategy specialising in deep water and heavy oil. We've been present in Brazil since 2001 and this was the right time for us to invest further. Our operatorship at Peregrino proves that the company's strategy in pursuing complex projects is paying dividends," says Thore E Kristiansen, senior vice president for Development and Production International, South America and sub-Saharan Africa in Statoil.

Statoil has an attractive exploration portfolio in Brazil with seven licences. Over the past year Statoil has made two high-impact discoveries at Peregrino south and Pão de Açúcar. 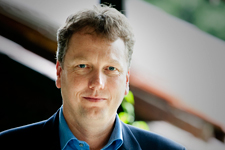 The transition period is expected to last about six months, after which BW Offshore will take over the responsibility for operations on the FPSO from Maersk.

"Maersk has attained a strong safety track record together with a high level of operational efficiency," says Kjetil Hove, Statoil Brazil country president. "It's therefore been pivotal for us to ensure a smooth transition process. We're pleased that Statoil has been given assurances that all Maersk employees directly employed and assigned to the support of the Peregrino FPSO onshore and offshore in Brazil will have their contracts continued with BW Offshore.

About 200 employees work with the Peregrino FPSO and the vessel has had an HSE record in its first year without any serious incidents.

Statoil will formally take title of the FPSO on 31 July 2012.