The Norwegian Petroleum Directorate gives credit to the Oseberg specialists for their thorough efforts over many years to boost the value added by the field. 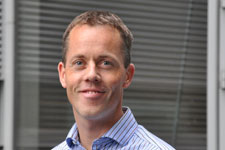 "We are proud and delighted to be awarded this prize, which has been given in recognition of Oseberg's long tradition of responsible resource management and commercial operations. There is a great willingness in our organisation to continue this good work. Last year we managed to replace our production volume by new reserves in the Oseberg area. That is proof of perseverance in an area where we have producing for more than 20 years," says Carl Frederik Eek-Jensen, head of petroleum technology in the Oseberg organisation.

Gas injection has been the most important IOR measure on the main Oseberg field. "The original plan was to develop the field using injected water as pressure support, but according to our calculations gas injection has generated 400-500 million extra barrels of oil on the field," says Eek-Jensen.

Statoil and the licence partners are still investing heavily in the field. "In fact, new 4D seismic is now available for us in mapping the remaining resources and this will provide a better basis for designing and positioning new wells on the field. Considerable sums have also been invested recently in drill upgrades on the platforms.

Last year we got the green light for extended gas injection and we are therefore deferring our increase in gas exports from 2017 to 2020. This will help us increase recovery even further." 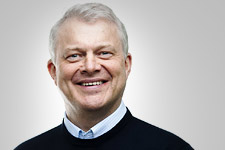 "This is a considerable accolade for those who work every single day to obtain more oil from our fields and derive greater value from our oil and gas business," says Øystein Michelsen, executive vice president, Development & Production Norway.

For Statoil, improved recovery from existing fields is just as important as exploration in terms of maintaining the production levels on the NCS.

"The sub-surface specialists on Oseberg are the epitome of a team that has worked long and systematically on IOR to produce some fantastic results. IOR is all about thinking long term and holistically; and since we submitted our PDO for Oseberg in the 1980s, we've doubled the reserves on the field," says Michelsen.

TOGI came on stream in 1991 and was utilised to inject gas from Troll in order to maintain pressure on the Oseberg field and ensure optimal recovery. It was a remotely controlled subsea installation – the first of its kind in the world.

This technological breakthrough sparked international interest and represented a major step forward for the company. From 1991 to 2002 some 21.7 billion standard cubic metres of gas were injected into Oseberg.

Since then the Oseberg field used its own gas as pressure support in order to extract more oil. Currently some 2 billion standard cubic metres of gas are exported from the main field each year, though most to the field's gas will be produced and sold after 2020.

There will be a lot of activity in the Oseberg area during coming years. In addition to drilling on the four permanent installations, work proceeds on tying back new discoveries to existing installations. The Stjerne development will come on stream next year. In addition, there are plans for more seabed templates and a fast-track development project in the prospective Oseberg area.

The Ministry of Petroleum and Energy and the Petroleum Directorate in Norway made important contributions to the Oseberg success. The Directorate was a driving force for TOGI, both in getting the operator at the time, Hydro, to examine the technological requirements, but also in getting the partners to agree on a final development decision.

Director General Bente Nyland says that the people who work on the Oseberg subsurface are worthy recipients of the IOR prize. CEO Helge Lund accepted the prize on behalf of Statoil. (Photo: Harald Pettersen).