Statoil sanctions Julia field development in the Gulf of Mexico

The field, located approximately 200 miles south of New Orleans, Louisiana, was discovered in 2007 and is estimated to have nearly six billion barrels of resource in place. 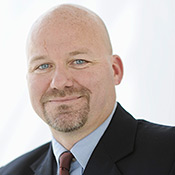 Today's announcement confirms the agreement between operator Exxon Mobil Corporation and Statoil to proceed with field development, estimated to take approximately three years. The partners each own 50% of the field.

Julia will be a subsea tieback to the Jack and St. Malo floating production platform, located approximately 15 miles away, which is operated by Chevron U.S.A. Inc.

Statoil also is a co-owner in the Jack and St. Malo developments, sanctioned in 2010.

"We are very pleased to move ahead with the first phase of this important development," said Jason Nye, senior vice president, Statoil U.S. Offshore. "The Julia field is a strong addition to our growing portfolio in the Gulf of Mexico. Julia has a substantial long-term production potential which is expected to be fully realized through the application of technology to unlock its full potential."

Drilling operations are planned to start in 2014, and production start-up is planned for 2016. The lifetime of the Julia field is estimated to be up to 40 years, with an initial production rate of up to 34,000 barrels of oil per day.

Facts about the Julia field