This is Statoil’s third asset in Australia, adding to the onshore operatorship in the Northern Territory’s South Georgina basin and four BP-operated offshore permits in the Great Australian Bight. 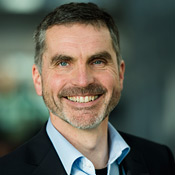 The permit WA-506-P covers an area of more than 13,000 square kilometres, situated 300 kilometres off Western Australia in water depths of 1,500-2,000 metres. The permit has been awarded to Statoil by the National Offshore Petroleum Titles Administrator (NOPTA) through the 2013 Offshore Petroleum Exploration Acreage Release.

“This award adds another large acreage position with high-impact potential to our global portfolio, in line with our exploration strategy. This is an untested part of a prolific basin, offering significant upside potential,” says Erling Vågnes, Statoil’s senior vice president for exploration in the Eastern hemisphere.

Statoil has committed to collect 2,000 line kilometres of 2D seismic and 3,500 square kilometres of 3D seismic data within three years. Based on analysis of this information, Statoil will decide on further steps.

“This work programme offers the necessary flexibility for such a frontier area, and is supported by Australia’s stable regulatory framework and attractive fiscal terms,” says Vågnes.

Other parts of the Northern Carnarvon Basin have already proved large volumes of gas. It has multiple fields in production and established infrastructure.

Statoil has been present in Australia since 2012 with an office located in Adelaide.