A total of 22 modules will be installed and connected. These comprise two identical compressor trains weighing 1,500 tonnes each.

A special handling system makes the installation work safer and more efficient on the Åsgard field.

During the summer this unique technology will be put in place in the large subsea frame that was installed on the field in summer 2013.

The installation work is being carried out by the North Sea Giant vessel, which was rebuilt for the purpose.

All the modules are provisionally stored at Vestbase in Kristiansund, from where they are shipped following commissioning and testing in Egersund.

Safety and efficiency with a special crane

The modules comprising the subsea gas compression plant vary in size. The smallest modules are being installed via the vessel's so-called "moonpool", a large opening in the bottom of the hull through which the modules are lowered. Modules with a maximum weight of up to 70 tonnes can be installed in this way.

Several of the modules to be installed in the subsea plant are too large to be lowered through the ship's moonpool. Thus, the ship's crane system has been modified to incorporate a so-called special handling system (SHS). 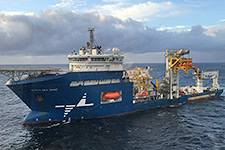 The installation work is being carried out by the "North Sea Giant" vessel, which was rebuilt for the purpose.

This lifting system is designed to carry a load of up to 420 tonnes and can operate in up to nine-metre high waves. Each module is lowered into the sea via a crane and guided into place with a ROV and cables.

"This crane system makes the installation work safer and more efficient. To ensure quality at every stage of the process, all operational crew have practised the operations in a specially designed simulator.

"We have also performed a number of sea trials prior to installation," says project director Torstein Vinterstø.

Safe and efficient with a special crane

The installation sequence has been carefully planned so that start-up work can be carried out on the first compressor train while work to install modules on train 2 continues.

The operations organisation in Stjørdal, which will take over the plant once it has been completed on the project side, is closely following the installation work, which, thus far, has been carried out to a high level of quality and in accordance with the established schedule.

"I am very pleased that we have now commenced the installation work and that preparations for start up and operation are now underway," says Snorre Grande, senior vice president for Åsgard subsea gas compression in Field Development.

"The ship fitted with the new crane system will also be a good tool for us once the system becomes operational, he says. 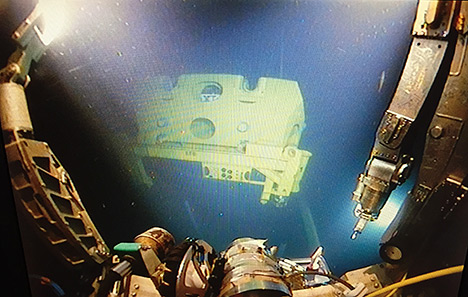 All units are taken care of by the ROV (remotely operated vehicle) when they arrive on the seabed.