The first subsea wet gas compressor in the world at Gullfaks


In May and June Gullfaks subsea compressor project (GSC) completed successful structure and module installation campaigns for the subsea station. The compressors were installed at the end of June. 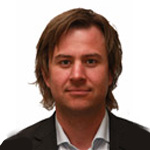 “The installation campaigns have been successfully performed by Subsea Seven,” says project manager Bjørn Birkeland. The project has now entered the last phase, testing and preparing for hand-over and start-up in the last quarter of this year.

“This is the first compressor of its kind in the world. It is a milestone, not just towards the compressor start-up, but also for Statoil’s subsea factory visions,” says Steinar Konradsen, owner representative for the project.

Testing of the complete compressor station still remains, but this work is underway and the project is on schedule.

Considerable preparations for the start-up of the subsea compressor have been made on Gullfaks C as well. This work, performed by Apply Sørco, is now in the final stages. 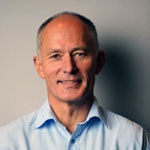 The compressor represents a robust and flexible measure to improve oil recovery (IOR) for the Gullfaks licence. The compressor will now be hooked up between the L and M subsea templates and Gullfaks C. It is also possible to tie in other subsea wells to the compressor through existing pipelines.

“Subsea wet gas compression is a game changer for subsea processing, and an important technology to increase recovery also on other fields,” Konradsen emphasises.

The protective structure and compressor station were installed in early May by the heavy lift vessel Oleg Strashnov. On 26 June the compressor and cooling modules were lowered into place from the Seven Viking.

The plant will be tied back to the Gullfaks C platform in the late summer and autumn.

The Gullfaks technology solution is a wet gas compressor which does not require any treatment of the well stream before compression.

Statoil is currently implementing two subsea compression projects at Åsgard and Gullfaks on the Norwegian continental shelf (NCS) together with its licence partners. The projects represent important pieces of the jigsaw puzzle of designing the subsea factories of the future.