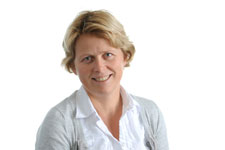 ”Subsea gas compression represents an important leap forward in the efforts to improve recovery and extend the producing life of several gas fields. Having implemented this technology, we are also one step closer to our ambition of moving processing facilities down on the seabed. In other words, a subsea factory,” says Siri Espedal Kindem, Statoil’s senior vice president for technology.

As a field gets older, the natural reservoir pressure decreases, and the well may need boosting in the form of compression in order to produce more gas and bring the gas up to the platform.

In 2011 Statoil and partner Petoro decided to choose a subsea solution as the preferred concept for gas compression some 15 kilometres from the Gullfaks C platform. 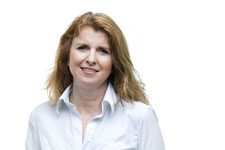 ”There are large remaining volumes in the Gullfaks field – volumes that cannot be recovered with the existing concept and installation. Subsea compression is one of our main initiatives to enhance production from existing fields on the Norwegian continental shelf. This may increase the production from the field by three billion cubic metres of gas, enabling Gullfaks to sustain plateau production for gas export,” says Jannicke Nilsson, Statoil’s head of operations North Sea West.

The current recovery rate on the field is 62 percent. A combination of subsea compression and conventional low-pressure production in a later phase may increase this to 74 percent.

In 2009 Framo Engineering was awarded a technology development contract after a study phase in 2008 with several industrial suppliers. Now that the technology is qualified and the concept has been matured for development, the contract will be now awarded subject to a positive investment decision.

This is the first delivery by Framo Engineering to Statoil within engineering, procurement and construction (EPC) of subsea compression facilities.

“It is positive to note that there are several companies capable of delivering services within this segment. We have had a long-standing and beneficial partnership with Framo Engineering as the supplier of pump systems. This assignment builds on technology and project execution skills stemming from there. We have driven technology development together over time, which is now resulting in an EPC contract for the first time,” says Espedal Kindem.

The contact is worth almost NOK 0.9 billion, depending on final call-off. Taking effect immediately, the contract runs until November 2015. Contracts for platform modifications and marine operations in connection with the Gullfaks development will be awarded during the summer/autumn of 2012, subject to a positive investment decision.

Last year Statoil and its partners decided to pursue subsea gas compression on the Åsgard field from 2015, and the plan for development and operation was approved by the Norwegian parliament before Easter. Statoil is also involved in technology qualification for the operator Shell for a subsea compression concept at Ormen Lange.