Exploration well 6506/9-3, drilled by the drilling rig Transocean Leader, has proven a 40-metre gas/condensate column in a down-to situation in the Garn formation of mid-Jurassic age. 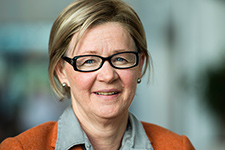 In addition a thin gas/condensate column was proven deeper in the mid-Jurassic Ile formation. The reservoir properties of the Garn formation are good, while somewhat poorer than expected in the Ile formation.

The preliminary estimated volume of the discovery is in the range of 25-47 million barrels of recoverable oil equivalent (o.e.).

"The three discoveries comprising the Åsgard field were all made in the 1980s. Making a new discovery in the area 30 years later is encouraging and proves the exciting remaining potential on the NCS."

Smørbukk North is a typical example of timely near-field exploration, which is an important element in Statoil's sharpened exploration strategy for the NCS. 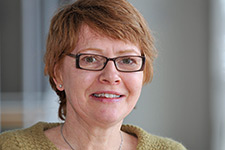 "Being located directly north of the Åsgard field, the Smørbukk North discovery could be developed quickly and efficiently through a tie-in to existing infrastructure, providing fast resources and potentially extending the production life of the Åsgard production facilities," says Astrid Jørgenvåg, vice president operations at Åsgard.

Smørbukk North was a high temperature well (HT), so special attention was given to ensuring safe drilling operations.

"Smørbukk North was a demanding well to drill, but due to thorough planning and extra HSE focus, the operations have so far been carried out without serious incidents and are currently 21 days ahead of schedule," says Haatvedt.

For further details on the results of exploration well 6506/9-3, please see the press release issued by the Norwegian Petroleum Directorate (NPD) >>