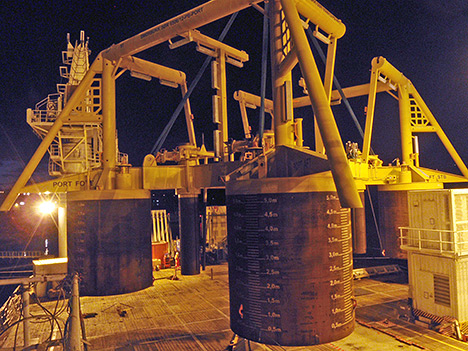 Through a combination of wells with long well sections and new completion technology, oil and gas are now produced from a reservoir previously regarded as not feasible. This pioneer project opens up for other similar developments.

The reserves in the Smørbukk South Extension project are estimated to be 16.5 million bbl oil equivalent and will contribute significantly to the production from the Åsgard A FPSO in the times ahead.

The field was discovered in 1985, but due to low permeability, the volumes were regarded as not economical to develop. The hydrocarbons in the Smørbukk South Extension project are located in reservoirs with varying porosity ranging from “bricks to tiles”.

"This has been a world class challenge. Very few offshore fields have been developed with such low permeability under normal pressure conditions," says asset owner representative, Ove Andre Pettersen.

The main solution for cracking the code with such tight reservoirs is to drill long horizontal reservoir sections. At Smørbukk South Extention a multilateral production well with approximately 5200 meter reservoir exposure has been drilled.

Utilizing the existing infrastructure at the Åsgard field has, according to Pettersen, been a precondition for the feasibility and profitability of the project.

He compliments the close and good cooperation between the involved parties in Statoil, contractors and partners.

"The project is delivered below the initial sanctioned cost estimate at sanctioning and exactly on the date of startup. The future of the NCS is to a large degree dependent on cost-efficient development of small but important projects like Smørbukk South Extention." 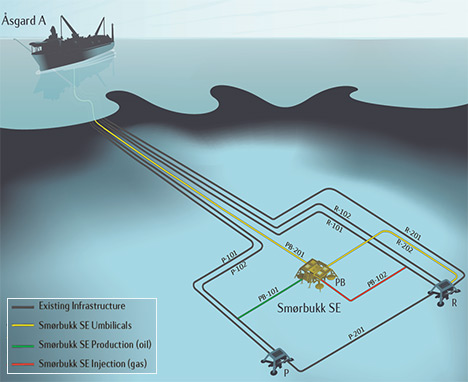 In addition to drilling long reservoir sections, the so called «fishbone”-technology has been implemented for the first time on the NCS to further increase productivity. This technology involves drilling 150 «fishbones» where each “bone” is 10-12 meters long into the reservoir from the main well.

This technology involves drilling of «fishbones» into the reservoir from the main well.

"This is an important step forward in testing and implementing a technology that enables increased oil recovery from reservoirs where the method of fracking is not feasible. The experience gained with long reservoir sections and «fishbones» opens up for several new projects both at the Åsgard field and elsewhere on the NCS," states Petech manager at Åsgard Mari Skaug.

The multilateral well that has been drilled by Deepsea Bergen was delivered well below estimated time and cost. Pending production experience, a gas injection well will be drilled to further increase the recovery from Smørbukk South Extention.

The development of the Smørbukk South Extension project includes, in addition to the wells, a new subsea template connected to existing infrastructure at the Åsgard field and a new umbilical to Åsgard A.

The development was sanctioned in March 2013 and has been executed in accordance with Statoil’s “fast track” principles. Larger parts of the subsea structures were installed at the field during summer 2014, with the remaining scope and hook up to Åsgard being done this summer.